For our SSP Thanksgiving, the food committee worked most of Sunday to prepare a great meal for all of the students and alumni who wanted to share their weekend. Turkey, ham, cornbread, vegetables, mashed potatoes, gravy, mac and cheese, and pies were cooked and made to eat on this cozy evening. Scholars East hosted the feast. Scholars East was filled with SSP members and alumni.

On October 22nd, the Explore Columbus committee sponsored a tour at the Ohio Statehouse. Students who went on the event enjoyed a guided tour of the historical building along with learning about Ohio’s state government and history. After the tour, Students enjoyed a lunch at Condado Tacos before heading back to campus.

October 19th brought upon a new tasteful fall event to our program. 59 residents filled Scholars West to enjoy this first. The Food Committee worked to prepare a personal meal for all of the Stadium Scholarship members. The meal consisted of 5 different, interesting dishes. The dishes were: Easy Cheesy Chicken & Hash, Vegan Mashed Potatoes, Corn/Avocado/Tomato Salad w/ Honey Lime Dressing, Twix Dip, and Ooey Gooey Fudge Brownies. All of these tasty dish recipes were chosen by the residents.

This year’s first High Street Clean Up took place on September 10, 2017. It was an unequivocal success! It began with a meeting in Scholars West where SSP students paired up, donned gloves and trash bags. We then walked down Tenth Avenue and on both sides of High Street. As we we, we picked up any trash along the way. Many pedestrians took note of our efforts. Some even told us how appreciative they were. The day was sunny, the turnout was large, and an impact was made. 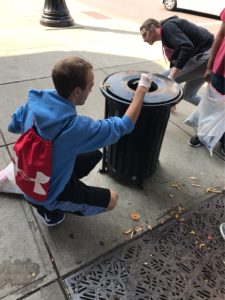 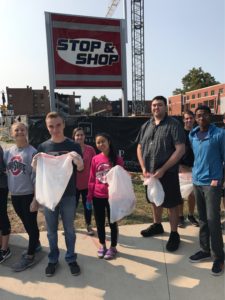 On, October 10, 2017 Stadium Scholarship Program’s Alumni Committee organized a game night which was hosted by the SSP students in Scholars West with an alumni visitor, Mary Ann Heft. People gathered around on the Billiards side and the games included, but were not limited to, Chess, Euchre, Billiards, and Apples to Apples. Pizza was provided for all to enjoy, and student turnout was plentiful. Mary Ann, visiting alumni, emerged victorious in a sweeping game of Apples to Apples that only seemed to grow over time. Brian Chiou also beat Alex Vue in a game of The Simpson’s 3D Chess. 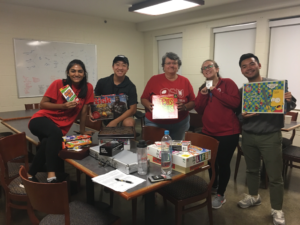 The first clean-up of the year took place on October 9th. Both, Scholars East and Scholars West, had their kitchens cleaned. Everyone was divided into groups. Each group had a specific role to fulfill to clean the kitchens. It was nice to have the opportunity to sanitize the kitchens in preparation for the second half of the semester while spending time with one another!

On October 17, 2017, SSP had the chance to have an in-depth discussion about the book Just Mercy with the alumni! The discussion covered multiple topics such as racism, political tensions, and the influence of the media in past as well as present day America.  Each person expressed how they felt about current day America as well as positive ways we can change society. Overall, there was a lot of positivity taken away with both the alumni and the students. As a bonus, the alumni provided Canes chicken for everyone!  Four lucky SSP’ers were lucky enough to win $25 amazon gift cards; courtesy of the alumni as well! The event was a blast! Both the SSP’ers as well as the alumni look forward to doing it again next year!

>>Back to the newsletter