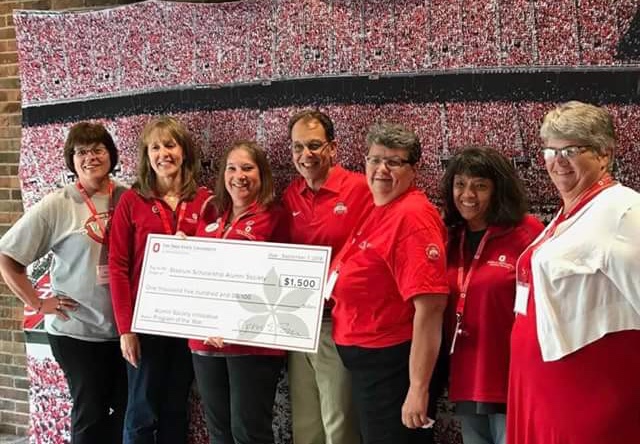 The 2017-18 year was another great one for the Stadium Scholarship Alumni Society.  The successful year was acknowledged with awards presented by The Ohio State Alumni Association.

SSAS was again named a Scarlet Society.  To achieve this status, there are a variety of parameters that must be reached including conducting a variety of events to serve both alumni and current students.  In addition, SSAS was named for the Most Innovative Program of the Year for the 85th Anniversary Celebration.  Kristy Mount was nominated and received the Pay it Forward Award for Volunteerism.  Additionally, Mount received the Josephine Sitterle Failer Award presented by the Alumni Association for volunteer service that has enhanced the quality of life for students at OSU.