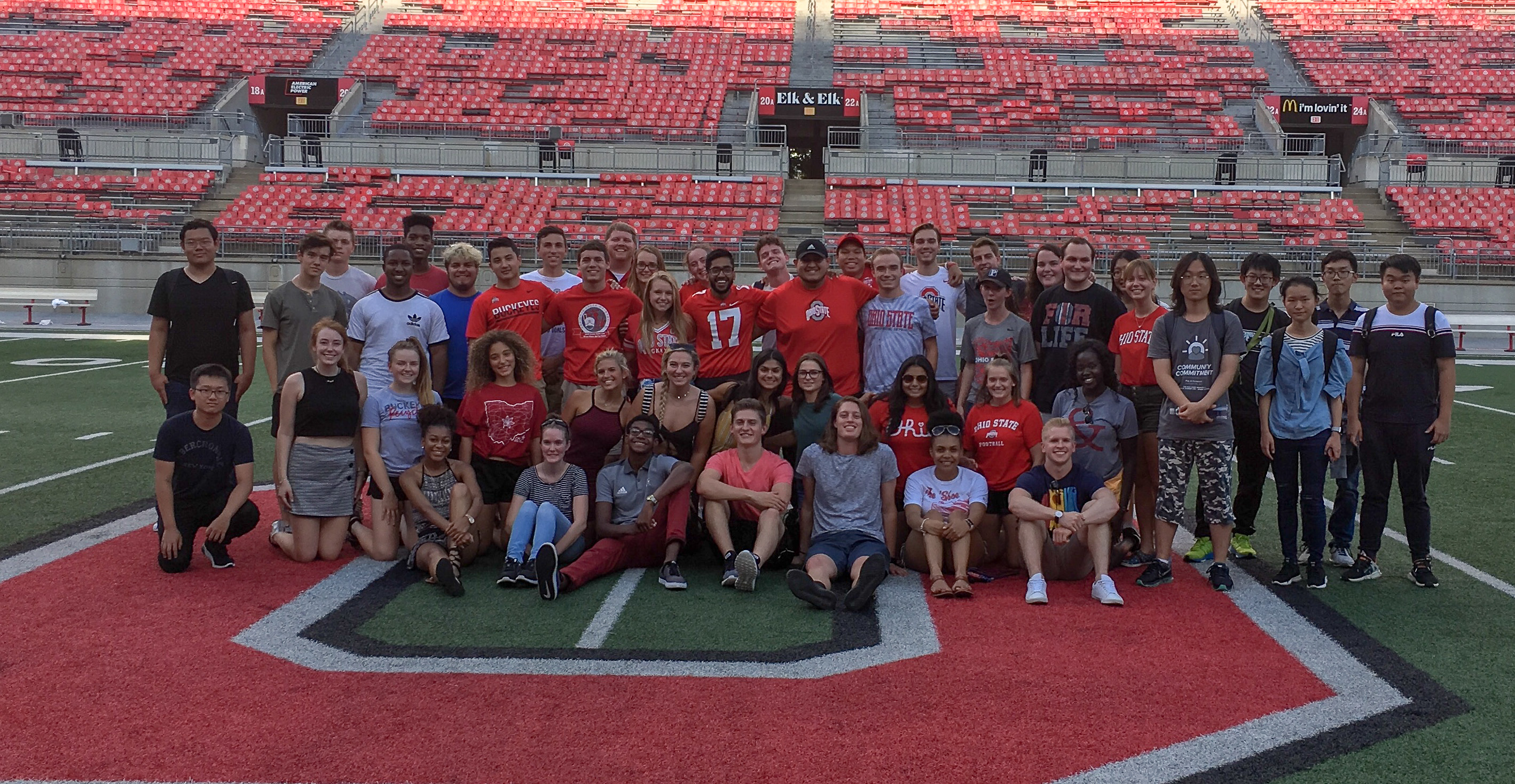 Several students helped sell raffle tickets and sign alumni in at the 85 for 85 celebration at the Huntington Club. The students had a great time hanging out with all of the alumni and listening to the stories that they had while in the stadium. This was an invaluable opportunity for these current students to connect with alumni from previous generations. Through many conversations and heartwarming speeches, the students in attendance had an amazing experience overall and were extremely thankful to be able to play a role in the celebration!

Our first SSP egg hunt was a huge success. It was far bigger than we expected and everyone really enjoyed the event. We hid over 300 eggs throughout the dorms and 42 people showed up to run around and find the eggs. For every egg you collected you could exchange it for a piece of candy and that was definitely everyone’s favorite part.

On the first day of Spring, the food committee hosted a delicious event. Eggs, bacon, toast, pancakes, blueberries, strawberries, chocolate chips, and whip cream were all served for our evening meal in Scholars West. A lot of members from the Stadium Scholarship Program (and some of their friends) came in to enjoy the group meal. Despite a lot of pan scraping when cleaning afterwards, the event was a smash hit.

Don’t Be Upsetti, Eat Some Spaghetti

For the start of 2018, the food committee hosted a simple event for the two residence halls. Our members cooked a heaping pot of spaghetti and baked some homemade garlic bread. The SSPers seemed to really enjoy socializing and de-stressing over this treat. Overall, this event was a success and attendance was high. The committee worked well as a team in preparation and clean up.

Outside of the food committee, 40 members of our program attended our interesting foods event. All of the food committee members worked to prepare Pilipino tostones, vegetarian Italian pizza, Spanish roasted chickpeas, French puff pastries, and American rainbow sherbet. The food was served freshly made with water and people conversed throughout the main floor of Scholars East as they enjoyed their meals. Overall, the event went very well, and people were recommending foods for future events.

A vast majority of SSPers (61) gathered to show their love for chocolate-covered food. The preparation was minimal and everyone seemed to love the food. People assembled their chocolate creations by grabbing a skewer and putting items such as marshmallows, strawberries, bananas, etc. and drowning them with chocolate. People really enjoyed socializing over the good food and it was fun to see people show their appreciation of their fellow residents and chocolate.

On 4/7, SSP and SSP alumni gathered at Scholars West to create Capes for kids who are experiencing stays in hospitals. The turnout was amazing which made for a great cape making day. We had a lot of different designs from Spiderman, The Avengers, Ninja Turtles, and even the Ohio State football field done by one of our own. Everyone had so much fun, and the engagement between the alumnus and current SSP members was on fire. So many new relationships were formed, and so many beautiful capes made.

For our last event of the year, the food committee brought in a bunch of American classics for a lovely meal. Despite the rain, the event went on to be a success anyways as we moved inside, and many people showed up to socialize and eat. There were burgers, hotdogs, chicken, melon, cookies, chips, veggies, baked beans, and soft drinks for everyone to chow down on. The committee successfully split to prepare the meal and then clean up after the event.

It is no secret the Stadium Scholarship Program has some of the best Residence Life staff from Hall Directors to Resident Advisors. We showed appreciation to all four Resident Advisors, Caleb and Cheria for all they have done for us and the program. Each one of them have positively impacted all members of this program. Writing personal letters to express this was the least us residents could do to express our gratitude.

On March 24th, SSP celebrated the 85th year anniversary of Escapade. In order to recognize the rich history of this program and its annual semi-formal dinner dance, we chose the throwback theme of Casino Night. Students had the opportunity to walk the red carpet into the transformed Huntington Club in the Shoe and try their luck. With raffle tickets as cash, residents challenged each other in games of Blackjack, Texas Hold ‘Em, Euchre, Roulette, and Horse Racing. Generous alumni member John Marsh of Black Diamond Casino Events donated a real roulette table and horse racing wheel! Music was provided by former SSP student and recent graduate Alex Bacon and Great Photo Booth.com returned to provide unlimited printed and digital photos of our fun evening together. After a great night of dancing and gambling, SSP headed to the football field for pictures. Escapade was a night full of memories, and this tradition will not soon be forgotten.

Our first kickball event was incredibly successful. Although at the beginning there were only 12 people, it quickly grew to 28 and we really enjoyed playing in the nice weather. We played at the Siebert lawn and even played longer than expected! Even though not everyone played, we still enjoyed them having them cheer us on.

What is a better way to get SSP together then to host a party to watch one of the best events of the year?? The party was a huge hit as we all met in east to support the United States athletes in Pyeongchang! This event was an awesome way to get together and talk about our favorite athletes and winter sports. We all enjoyed watching the luge and downhill skiing. Overall, the event was a ton of fun and a great social event.

On February 20th, the Columbus Zoo visited the Stadium Scholarship Program. Students were able to see animals like a bearcat, kangaroo, owl, penguin, and a rare African cat up close and personal. The presenters from the Columbus Zoo talked about each animal’s natural habitats and how they behave in the wild. Students also learned about unique characteristics of each animal and were able to engage in conversations with the presenters about questions they had about each animal. At the end of the event, brave students were able to pet the animals